UK reports £5.7m in cyber crime financial loss so far this year – with one third coming from businesses

British people and businesses have suffered financial losses of £5.7m from a reported 14,883 cyber crime incidents since the start of the year.

The new study from click fraud prevention experts PPC Shield indicates that malicious hacking, fraudulent use of social media accounts and email scams are the most common form of cyber crime so far this year – accounting for 43% of all reported incidents since 1st January. Also in the high-ranking categories are reports of malware/viruses, personal hacking and extortion.

Data compiled from the National Fraud Intelligence Bureau indicates that those under 40 reported the most incidents this year, at a total of 5,000. This suggests that scammers and hackers are predominantly targeting younger, more tech-savvy generations; Those used to juggling multiple social media accounts, email addresses and banking apps.

Though cyber crime against corporate bodies only accounts for 10% of the UK’s reported offenses, their financial losses of £1.9M accounts for a third of the total figure.

Concerning the effects on victims of cyber crime – ONS data from the Crime Survey for England and Wales (CSEW) indicates that 72% of those affected by cyber crime expressed that they had been emotionally affected by their experiences, with almost a third stating a moderate to severe impact as a result of the offense – predominantly annoyance and anger.

A further 1 in 10 individuals experienced emotions such as anxiety, depression, fear or difficulty sleeping.

Despite the personal nature of the crimes, 81% of offences were committed by an individual person (as opposed to a group) that was not known to the victim.

Concerning the tools used to commit cyber crime, malware (software designed to cause damage to a computer, server, client, or network) is at its lowest point since 2007, according to Google’s Transparency Report. In contrast, phishing websites – which seek to gain passwords, credit card numbers and other private information without the use of applications – have seen an increase of more than 750% since 2007. 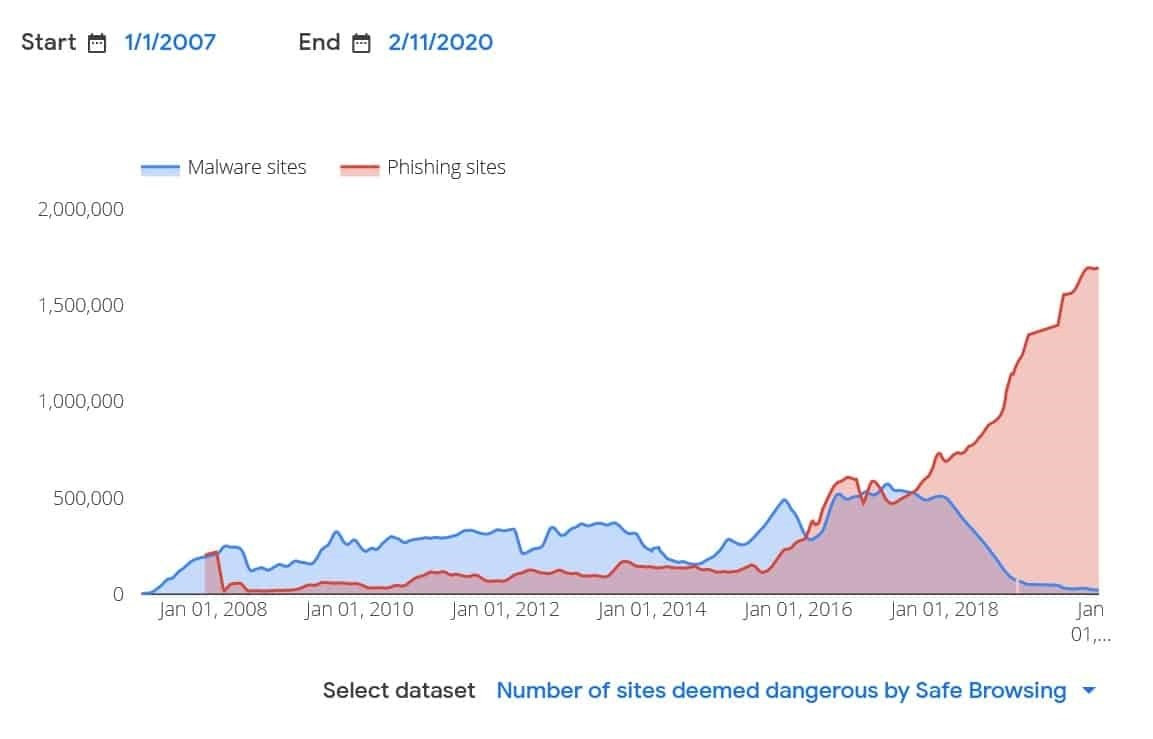 In all cases of cyber crime that resulted in financial loss, one in three individuals discovered the offence through communications from their bank, building society or other financial institution.

Including non-cyber assisted fraud, the UK has logged 253,736 reports that equate to total financial losses of £1.2bn this year. Health minister Lord Bethell has previously commented on the rise of phishing scams conducted over the course of the COVID-19 pandemic, with an increase in fraudulent text and calls to mobile phones, with individuals posing as bank employees, HMRC and even the NHS charging for fake COVID tests and track & trace.

A spokesperson for PPC Shield comments: “With the internet such an essential part of our daily lives, taking care online and using robust security measures are of utmost importance. Always be aware of what you are clicking on, and be especially wary of phishing sites and emails sent from companies or individuals that you are not familiar with.”

The analysis was conducted by PPC Shield, which enables brands and businesses to optimize their online ad campaigns by filtering out and blocking fraudulent clicks to ensure an advertising budget is not wasted.